Data is limited about breast cancer risk in the transgender community and recommendations are guided by sex assigned at birth, use and duration of hormone treatment, and surgical history.

What is your risk?

Your risk is based on your sex assigned at birth, use and duration of hormone treatment, and surgical history. 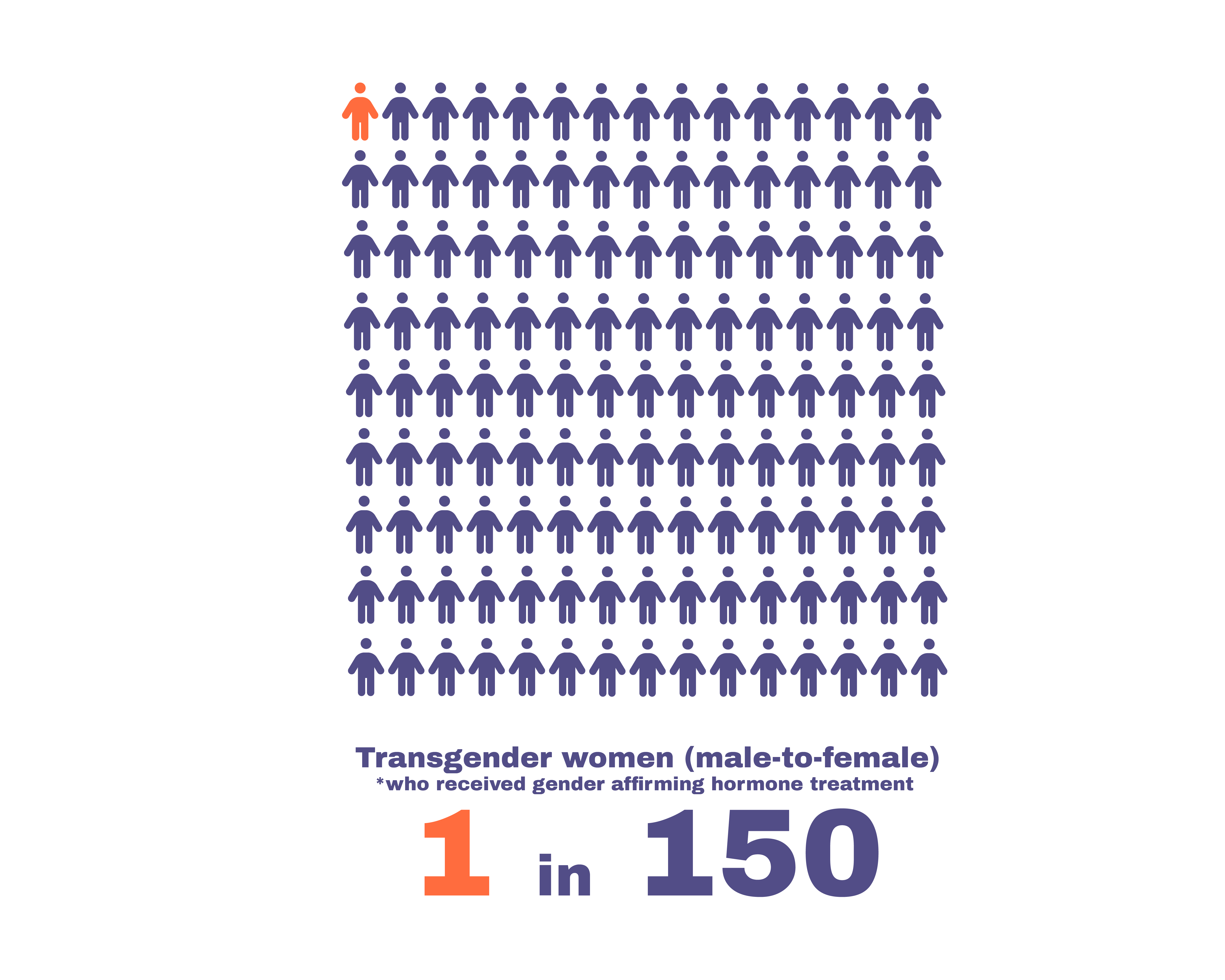 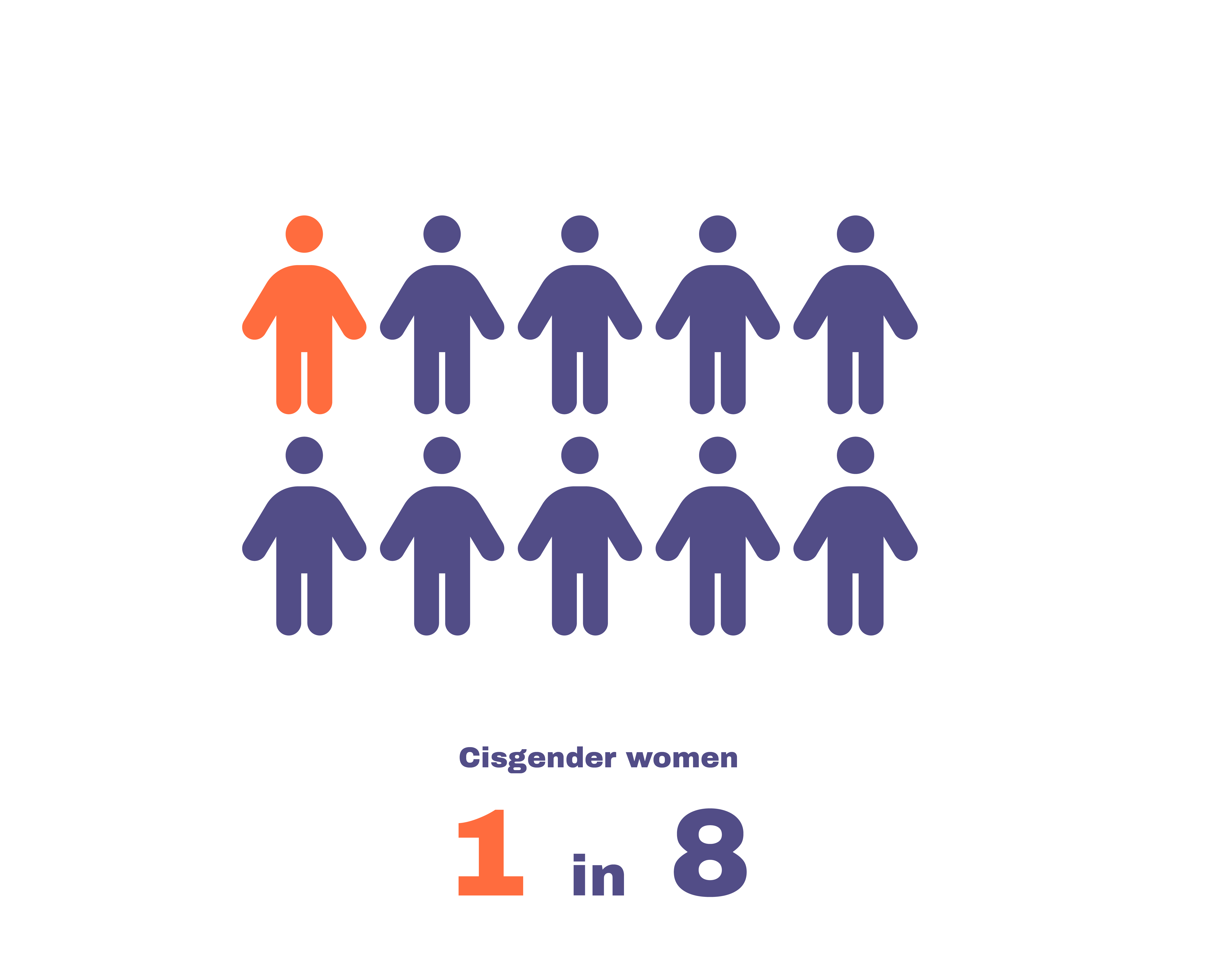 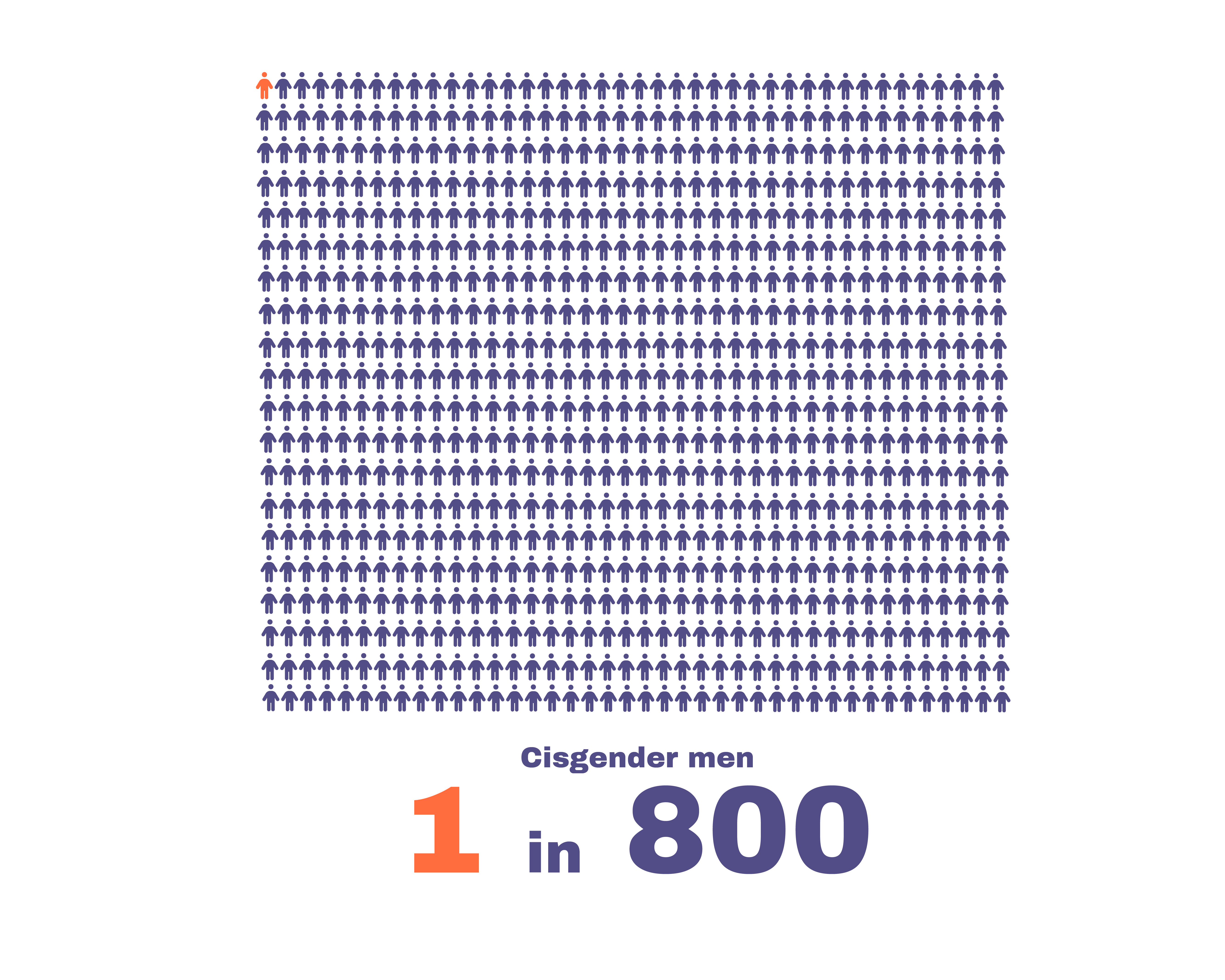 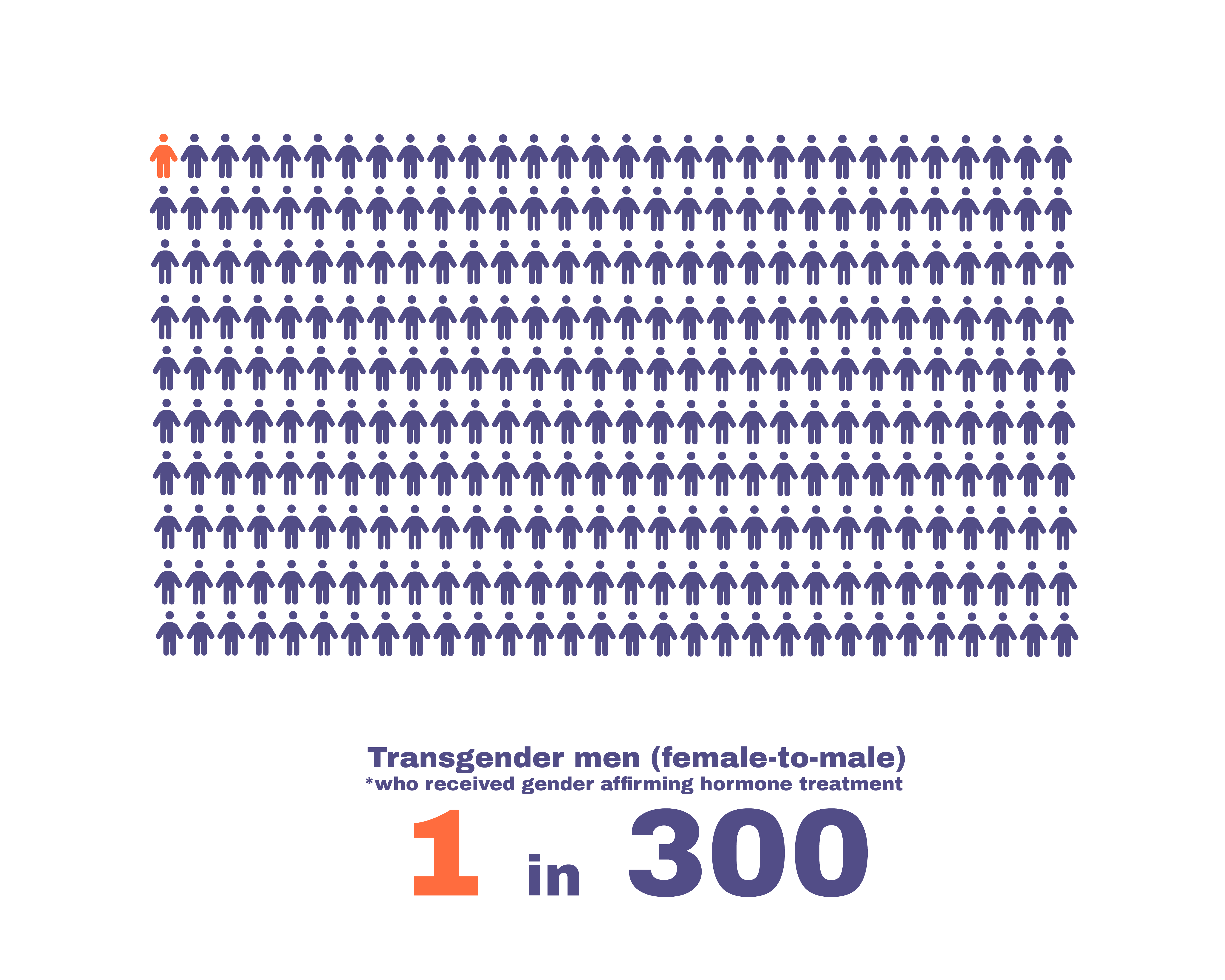 Risks in transgender individuals are estimates from limited data about breast cancer risk in the transgender community. Transgender men (female-to-male) who receive gender affirming hormone treatment as estimated to develop breast cancer 1 in 300 (4 out of 1229) [1]. Transgender women (male-to-female) who receive gender affirming hormone treatment are estimated in 1 in 150 (15 out of 2260) [1]. Cisgender women develop cancer at at rate of 1 in 8 [2]. Cisgender men develop breast cancer at a rate of 1 in 833 [3].

The key background and terminology you should know.

Transgender women often receive gender-affirming hormones (sex steroids) to reduce psychological distress and to induce desired physical changes, such as change in voice pitch and a feminized body composition. Feminizing cross-sex hormonal (CSH) therapies typically include the use of exogenous estrogens and antiandrogens. Prolonged estrogen exposure due to CSH therapies may increase the risk of developing breast cancer in transgender females when compared with rates observed in cisgender males.

Other studies have shown a similar trend, with a fourfold increased risk of breast cancer development in transgender females undergoing CSH therapy when compared with cisgender males.

The sex (male or female) assigned to a child at birth, most often based on the child’s external anatomy. Also referred to as birth sex, natal sex, biological sex or sex.

A person’s inner sense of being a boy/man/male, girl/woman/female, another gender or no gender.

The ways (e.g., feminine, masculine, androgynous) in which a person communicates their gender to the world through their clothing, speech, behavior, etc. Gender expression is fluid and is separate from assigned sex at birth or gender identify.

Transgender is an umbrella term for persons whose gender identity, gender expression or behavior does not conform to that typically associated with the sex to which they were assigned at birth. Not everyone whose appearance or behavior is gender-nonconforming will identify as a transgender person. Transgender people can receive hormone treatment and/or other medical care to induce desired physical changes.

In this procedure, the nipple and areola and their nerve structures are often retained with this procedure, though this is up to the patient. This technique leaves breast tissue which prevents the side concavity and leaves some tissue that fills out the shadow in that area.

With a total mastectomy, all the breast tissue is removed, from the latissimus to the armpits inframammary fold, all the way up to the clavicle. The technique levels thinner skin flaps and a con cavity on the lateral chest and can mean the total removal of the areola.

In average-risk transfeminine (male-to-female) individuals, 40 years of age or older, and with 5 or more years of hormone use, breast cancer screening with mammography is appropriate.

In average-risk transfeminine individuals with little to no hormone use (less than 5 years), no screening is currently recommended.

In transfeminine individuals at higher than average risk 25 to 30 years of age or older with little to no hormone use, screening may be appropriate.

For transmasculine (female-to-male) individuals with bilateral mastectomies (removal of both breasts) (“top surgery”) of any age or risk, there is no screening is currently recommended.

In average-risk transmasculine individuals who are 40 years of age or older with breast reduction or no chest surgery, a screening mammogram is appropriate.

In intermediate-risk transmasculine individuals 30 years of age or older with breast reduction or no chest surgery, screening mammogram is appropriate, and breast ultrasound or breast MRI with and without intravenous contrast may be appropriate.

Patients in this ‘intermediate’ risk category have any of the following:

Information as of April 2022, courtesy of American College of Radiology

These links are being provided as a convenience and for informational purposes only.